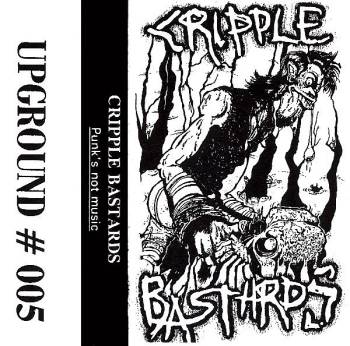 Over 70 tracks in 60 minutes, variating from the older CB Noisecore nihilism to new, more structured tracks written for the EPs coming out those years, showing our attempt to amalgamate extreme Grind rawness w/ the basic features of ’80s italian Hardcore.

As a matter of fact here you get the first, embryonic versions of tracks like “Italia di merda”, “Padroni”, “Prospettive limitate” – fated to became some of the most popular hits among diehard CB fans.

Released by different diy labels worldwide, the Upground Rec (Spain) edition had printed cover and pro-copied tapes, the one on Abnormal (Slovenia) was xeroxerd in blue ink.

Approximately over 2000 copies around.