CRIPPLE BASTARDS are still on the road to promote “Nero in metastasi”: this is the official flyer with september – december 2014 live shows, more updates soon…

After 15 years, 3 full length albums and countless shows all over the world, CRIPPLE BASTARDS and drummer AL MAZZOTTI part ways to pursue separate and different paths. Being a friend and an extremely gifted musician who actively contributed in shaping the CRIPPLE BASTARDS trademark sound, we wish him the very best both in personal and professional life. The heavy task to blast CB’s drum kit is now in the hands of brazilian-sardinian piledriving sniper RAPHAEL SAINI (JADED STAR, ICED EARTH, touring drummer with MASTER, ARHYTHMIA etc, chief at Bateras Beat Drumschool). Amazingly talented and forged to grind at manic speed, he already proved to be the right choice for the band’s future delivering a devastating set at his debut show with CB in Treviso, few weeks ago. To introduce him to our Italian followers and keep on promoting the new album “Nero in metastasi” we have just confirmed a string of weekend shows for the next few months, before embarking on some longer tours in 2015. Here’s the upcoming dates so far, more TBA soon:

Two months has passed and we’re missing Japan a lot!! In 26 years of CRIPPLE BASTARDS this was one of those countries that really left something special in our souls. We hope to come back some day. This was our show in Yokohama at legendary Bar El Puente! 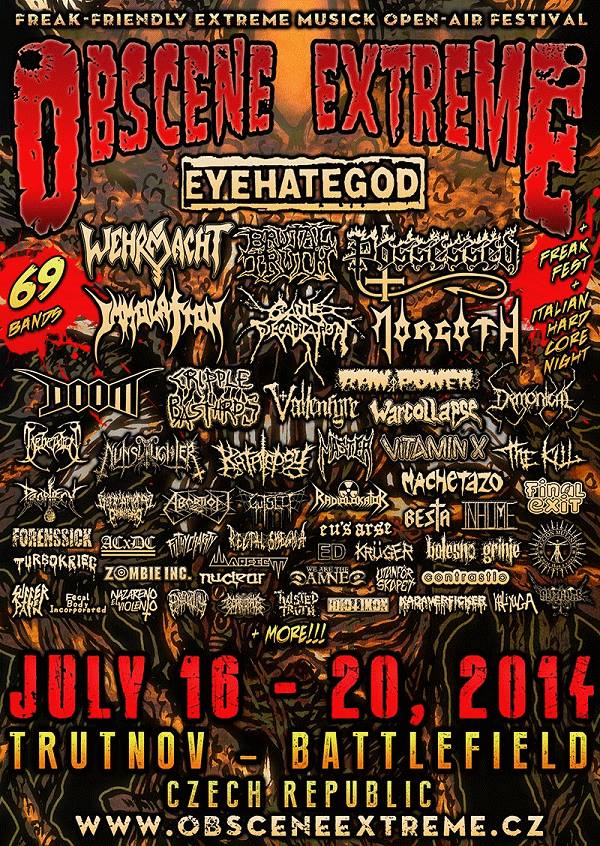 Here’s the final bill and timing for OBSCENE EXTREME Australia, we will play 2 different sets: one mostly focused on the new album “NERO IN METASTASI” (Friday) and one all centered on “MISANTROPO A SENSO UNICO” (Satudary). Also, remember this:
*Friday the 7th at the Reverence Hotel Ticket Price: $36 (+ booking fee)

*Sunday the 9th at the Bendigo Hotel.
ticket price TBC and only available at the door. 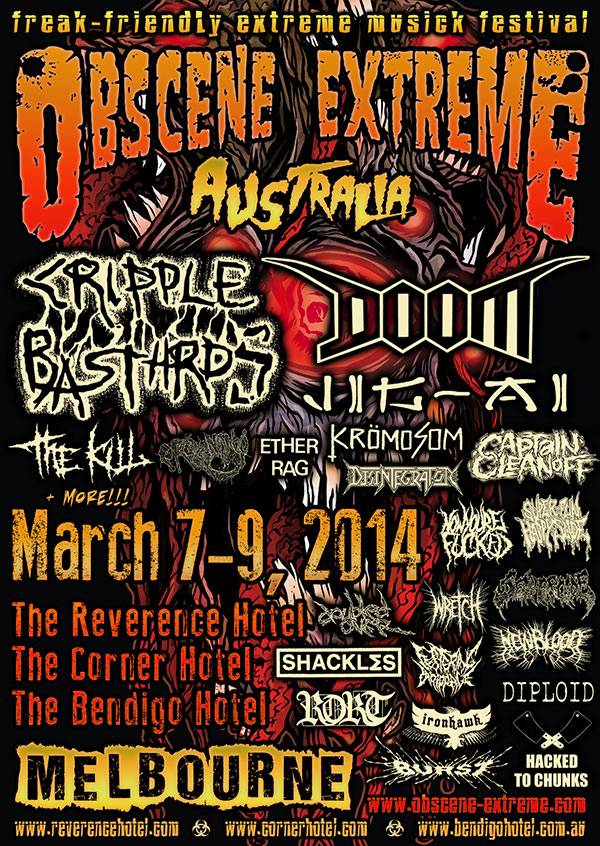 New flyers for next C.B. shows!

Here are the final posters & flyers + info for our next shows in Italy + Japanese/Australian tour in February and March 2014… we will update this section day by day with new material. Stay tuned! Remember: on February 14 our new record “Nero in metastasi” will be out! 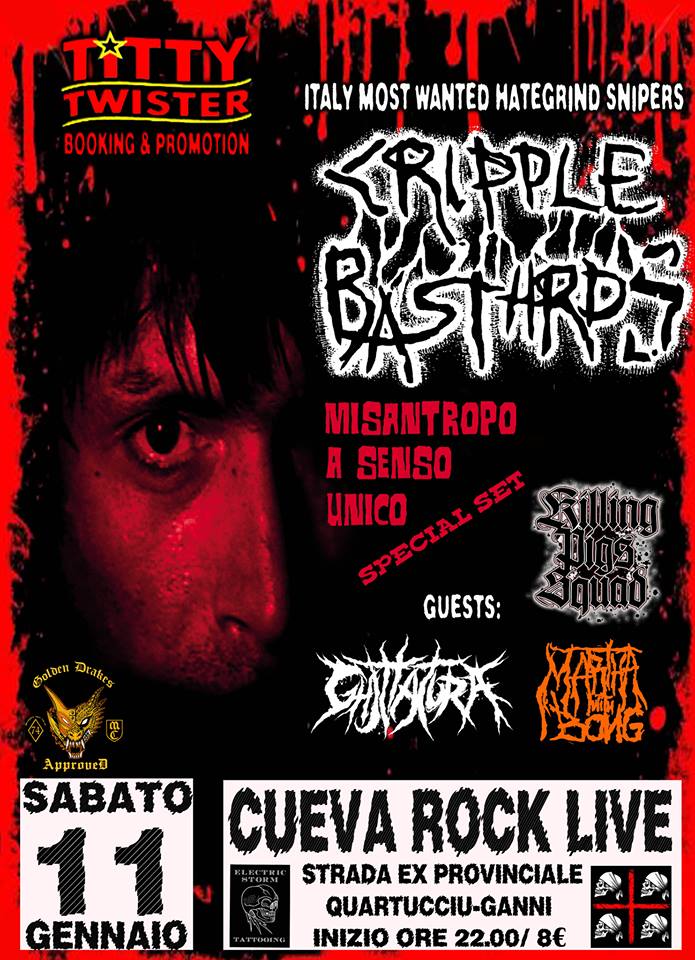 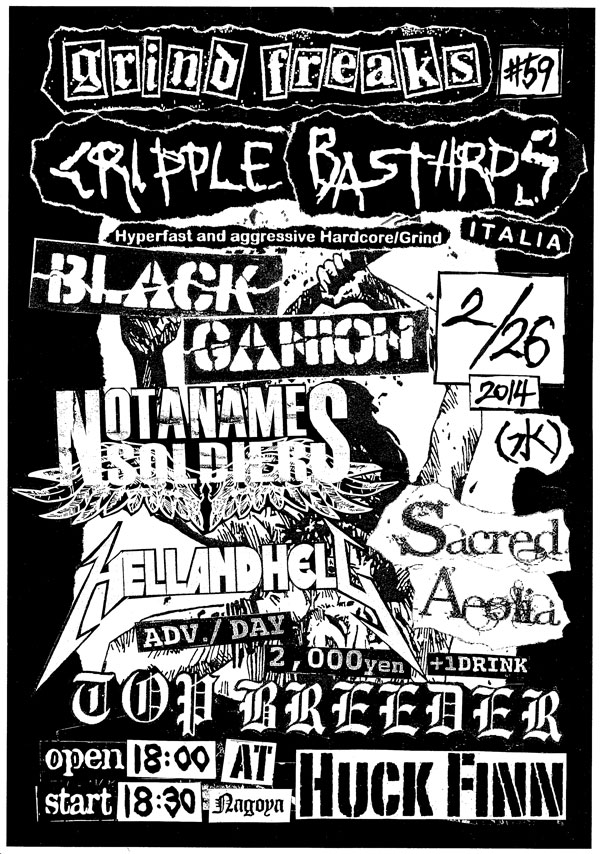 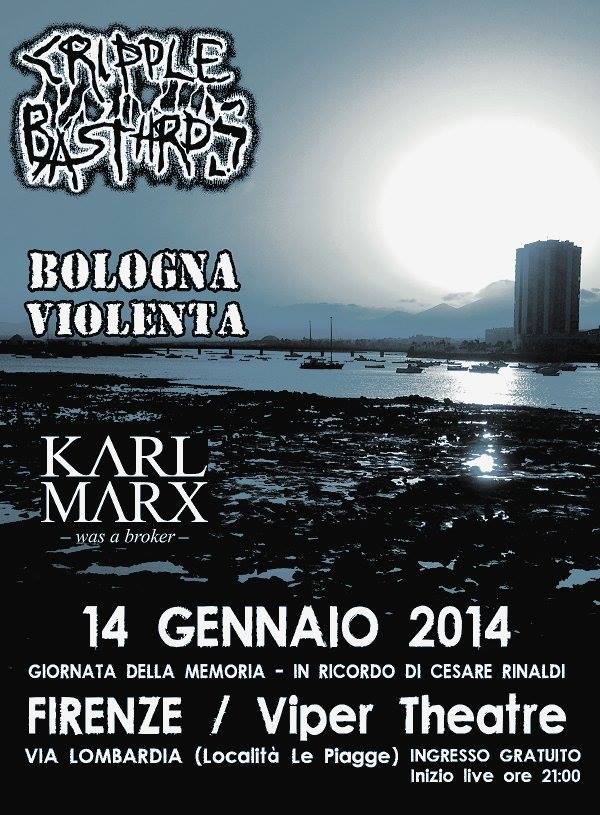 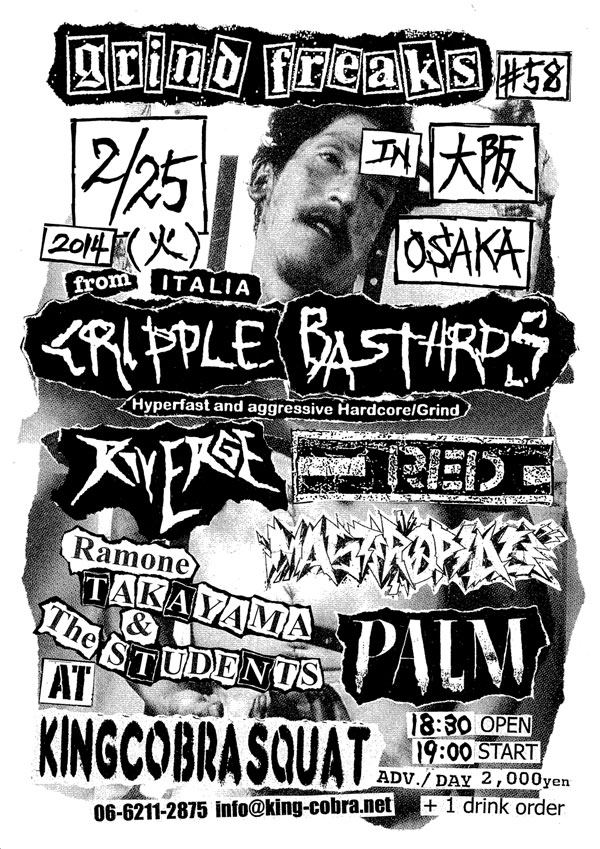 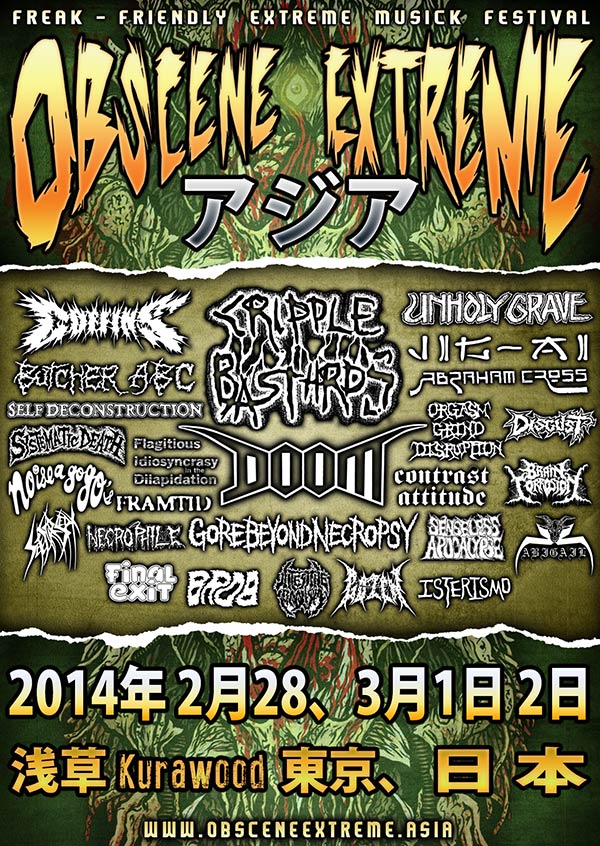 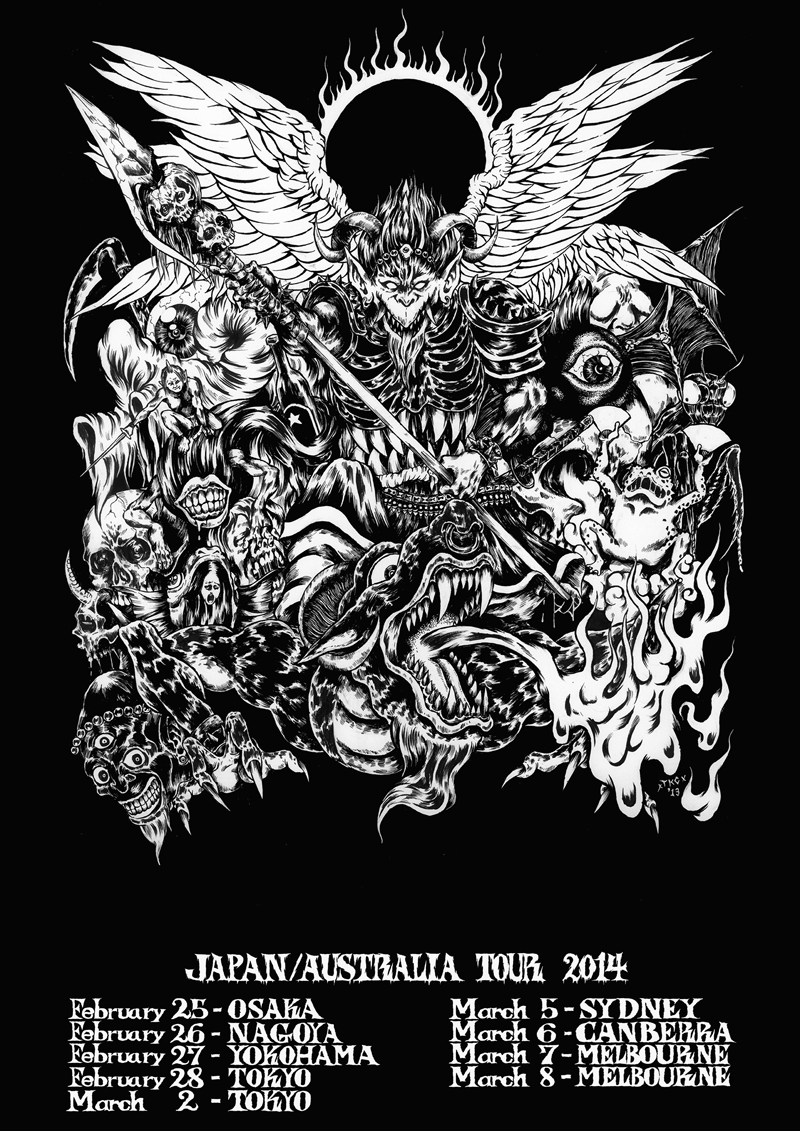 Having mauled the planet for over 25 years through an enormous arsenal of releases and widespread touring, Northwestern Italy’s unstoppable hardcore/grind masters, CRIPPLE BASTARDS, begin their next full-on sonic attack now, as Relapse Records prepares to dispatch the band’s new album in early 2014. Two and-a-half decades after their conception, CRIPPLE BASTARDS reign as Italy’s most hostile and aggressive musical unit in existence, and are ready to prove it all over again with their newly completed debut LP for Relapse, the monstrous Nero In Metastasi.

Packing some of their most dense and metallic destruction into eighteen new tracks harnessed under the thirty-seven minute mark, the album was recorded at the infamous Studio Fredman in Gothenburg, Sweden with producer Fredrik Nordström (Arch Enemy, At The Gates, Dark Tranquillity). While retaining the riotous old-school hatecore attributes they’ve carried forth since formation, yet elevating their delivery to put them on par with the most cutting-edge bands in the grindcore genre, Nero In Metastasi is the next major movement in CRIPPLE BASTARDS’ steadfast campaign of extreme auditory revolution.

A video teaser for Nero In Metastasi has been leaked HERE.

Preorders can be placed HERE. Nero In Metastasi will see release on CD, LP and digital formats via Relapse in North America on February 18th, preceded by a February 14th street date in Germany/Benelux, and February 17th in the UK.

Precursory warning shots from the album will be firing into the population as a New Year of degradation ensues, among widespread CRIPPLE BASTARDS tour actions, including the band’s return to the US on a full tour surrounding their performance at Maryland Deathfest 2014 and more. Focusing on human annihilation and existential decay and taking the Napalm Death/Extreme Noise Terror foundation onward with brutalizing breakdowns, guttural vocal overthrows, blazing hardcore attacks and spastic dementia ascendant to that of Phobia, Birdflesh, Magrudergrind, Assück and many others, CRIPPLE BASTARDS continues to terrorize the planet with their grind/hardcore ferocity since their 1988 formation, with literally dozens of EPs, LP’s, demos, split releases and compilation contributions under the banners of Deep Six, Deathvomit, Selfmadegod, Rhetoric, Feto, HG Fact, Obscene and countless others, among nonstop DIY/demo releases lying in their wake.

CRIPPLE BASTARDS has proven equally as effective on the road, brutalizing countless countries on all of the generally habitable continents on the planet since 1992, the current lineup alone having played more than three hundred shows including three full-length tours. 2010 saw the band sign Relapse Records, who in 2012 released Senza Impronte, a 7″ EP bearing fifteen new tracks showcasing the band’s constant sense of evolution in their sound. The 2008-2012 touring schedule featured insane performances at Neurotic Deathfest, Brutal Assault, Obscene Extreme, Maryland Death Fest and a full headlining Brazilian tour.

CRIPPLE BASTARDS are currently promoting FOAD’s reissue of “Misantropo a senso unico” (2000) with a string of shows all centered on that album.

Here’s the dates confirmed so far. The set includes most songs on “Misantropo a senso unico” and won’t be seen again after this, so don’t miss the chance!